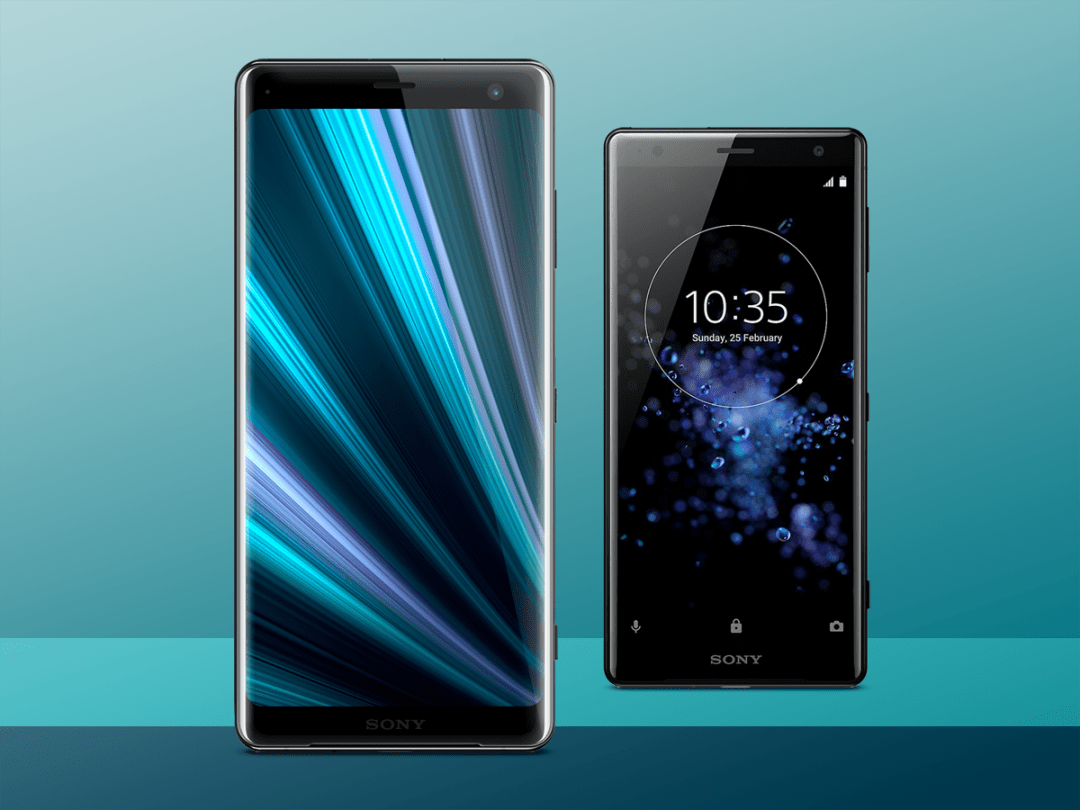 Just a few months after releasing the Xperia XZ2, Sony is about to release the Xperia XZ3. Talk about a rapid replacement!

In some ways, the XZ3 isn’t a dramatic upgrade, which makes sense given the timeline. The processor and RAM are the same, the back camera hardware hasn’t changed, and elsewhere you still see the influence of a still-recent flagship handset.

But in some ways, the improvements are notable and impressive, and they contribute to Sony’s absolute best handset to date. Now that we’ve reviewed the Xperia XZ3, here’s a look at how it compares to the Xperia XZ2.

The Xperia XZ2 was a nice shift away from Sony’s tired, ultra-boxy aesthetic of past years, with an alluring mirror-finish backing and a lot more curves than before. Well, now the Xperia XZ3 has taken that to another level.

At a glance, the XZ3 (left) looks like the middle ground between the XZ2 and something like the Samsung Galaxy S9. The front brings in curved 3D glass for a bit more immediate pop, with curved edges on the display. There’s still a lot of top and bottom bezel though.

Meanwhile, the backing is about the same: eye-catching for sure, albeit with an awkwardly-placed fingerprint sensor that’s just a bit too far down and feels identical to the camera sensor when you’re fumbling around for it.

Overall, however, it’s a definite improvement.

Sony went with a 5.7in 1080p LCD panel on the Xperia XZ2, but packed in a neat little trick: it could not only play HDR content, but also upgrade standard content to HDR-like performance. Nice.

However, the Xperia XZ3 goes a large step further by switching from LCD to OLED, all while bumping up to 6in and even Quad HD resolution to boot. The tall, notch-free panel benefits from OLED’s deeper blacks and improved contrast to deliver sterling sights, and even benefits from Triluminos and X-Reality image processing tech brought over from Sony’s TV division.

The result is a largely stunning screen with fantastic dynamic range with HDR content, although we would’ve liked a bit more brightness, plus there’s some colour shift laong the curved edges.

Camera: Not far off

On the back, there’s not much to dig into here: the Xperia XZ3 has the same single 19-megapixel Motion Eye camera on the back. Rumours pointed to a dual-camera setup, but no such luck on the actual device.

That’s a shame, because the XZ2’s capable camera couldn’t compete with the pack leaders, like the Huawei P20 Pro, Google Pixel 2 XL, or Apple iPhone X. You’ll get pretty good shots with plenty of light, but the results can be inconsistent in other settings.

The XZ3 might’ve seen a slight image processing boost, because we were largely pleased with the results. There’s still a fair bit of noise when you zoom into photos, but our everyday snaps came out just fine. We wouldn’t put the XZ3 at the top of the pack, but it’s quite good at its best.

Meanwhile, the front-facing camera sees a bump from 5MP to 13MP, delivering better selfies in the process. Note that its "beauty mode" features are enabled out of the box, transforming your face with widened eyes and other odd tweaks… so maybe consider turning that off.

On the performance front, there’s no real change in tow: both the XZ2 and XZ3 use the Qualcomm Snapdragon 845 chip with 4GB RAM alongside. It was plenty fast on the XZ2, and it’s much the same on the new model.

Note that the Xperia XZ3 ships with Android 9 Pie installed, however, which might aid a smidge in everyday performance while adding some handy new features into the mix. Hopefully it isn’t long before the XZ2 sees that upgrade, as well.

The Xperia XZ3 picks up a little more battery capacity, upping the tally to 3,300mAh from 3,180mAh on the XZ2, although that could be to compensate for the larger screen. In any case, there’s no real difference here. It’ll give you a day’s uptime with modest usage, and it’s really not built for much more than that.

Storage-wise, both start at 64GB of internal memory with microSD support for plenty more, if desired.

Elsewhere, Sony has made big deal about the Xperia XZ3’s new AI-aided Side Sense feature, which uses pressure-sensitive panels along the sides of the phone to trigger an on-screen shortcut menu or head back a step in the OS. We found them both oversensitive and unresponsive at different times, though, so there’s still room for improvement via future software updates.

The S-Force Front Surround speakers on the Xperia XZ3 are said to be 20% louder, and you can really crank them up without distortion. It’s impressive.

Six months is an awfully short amount of time to keep a pricey flagship phone on the market, and when the Xperia XZ3 releases in early October, it’ll be just half a year after Sony sent the XZ2 out into stores. That’s a bit startling.

And yet the improvements are noticeable, especially when it comes to the design and the OLED screen, even if a lot of the other components are identical… or lightly tweaked. At least the price hasn’t changed: at £699, the Xperia XZ3 still sits below some of the flagship competition, although it’s not far off from the likes of the Galaxy S9.

The end result is a much better overall phone, and a stronger competitor for your smartphone cash. That said, should you upgrade if you already splurged on the XZ2? We can’t fathom it being worth the expense to make the swap at this point, frustrating as it might be to see your new flagship already replaced.

But if you’re a Sony fan in need of a new phone and you’ve been eyeing the company’s 2018 moves with interest, then the Xperia XZ3 is a very sharp option. It’s Sony’s best phone to date, and shows a lot of lessons (quickly) learned from the already-solid Xperia XZ2.