Last summer, Twitter direct messages were transformed. Instead of being restricted to 140 characters, they mushroomed to 10,000.

Fortunately, you weren’t forced to use all 10,000 in every message, straining to expand “Where did you want that book sent?” into an exciting novella, with sub-plots, mystery, twists, and — because there was enough room — surprisingly evocative ASCII art.

It was a smart decision, eradicating an arbitrary and broadly pointless limitation, and giving Twitter a fighting chance as a kind of messaging system.

So why, with the hardly surprising reveal that soon all tweets could potentially have 10,000 characters nestled within, have people responded as though Twitter CEO Jack Dorsey has not so much walked over their graves as attacked them with 140 furious spades?

On Twitter, most responses to the plans comprised abject fury, albeit abject fury packed into shareable 140-character nuggets.

“This is the most stupid thing Twitter has ever done,” proclaimed every self-appointed leader of Twitter. “If Twitter goes through with this, we’ll all have to find another service because,” they continued — and abruptly concluded, because they’d run out of space.

(A subsequent follow-up tweet completing the thought would later be found in various user feeds, nestled between someone hilariously repeating the ‘Ed Balls’ tweet until the heat death of the universe, and an important news post about Syria, which, ‘because Twitter’, had far fewer ‘retweets’ than you get for simply typing the words ‘Ed Balls’.)

There are advantages to making tweets longer: context; not having to do that annoying ‘6/135′ thing when on a train of thought that cannot be contained to a single 140-character gem; avoiding the creative grammar that would give a typical English teacher a nervous breakdown.

But it’s disadvantages that people zero in on. A lack of brevity is one, ignoring the fact that Facebook already allows massive posts, and yet reportedly has a per-post character average lower than Twitter’s own.

Character of the service is another. Twitter was built on 140-character bursts — speed and focus are differentiators. Yet in recent years, the service has merrily shoe-horned all kinds of media into expandable tweets; if it’s already lobbing YouTube videos, website article synopses, playable SoundCloud audio, and app store previews into the mix, why not let someone shove a chapter of a book in there, too, which you can choose to ignore entirely if you wish?

The problem is that constantly messing about with its core service suggests Twitter doesn’t know what it wants to be — and it never really has.

At its birth, it was little more than an experiment, which users smashed into shape, bringing to life ideas such as @mentions and #hashtags. As it’s grown, major problems remain unaddressed.

People scream for edit buttons (shortly after noticing the world’s worst typo in the only viral tweet they’ll ever compose), and Twitter mucks about with timeline algorithms on an irritatingly regular basis. Worse, those being abused and spammed beg for solutions, only to stare aghast at more deckchair rearranging, such as Twitter awkwardly rebranding ‘favorites’ as love hearts.

New Moments ape Facebook’s equivalent feature and countless badly curated web news services. The on-boarding process remains dismal. Innocents such as Iyad El-Baghdadi are temporarily banned from the service while those abusing them get away with issuing death threats. User-retention is low. The threat of the chronological timeline being removed hangs in the air like an angry knife, just waiting for the moment it can finally still the original Twitter’s barely beating heart.

For long-term users, it’s sad to see what they consider an essential web service for communication, social networking, and news gathering, flailing around like a drunk uncle, trying to find its place in a world where a far richer rival foists increasingly awful experiences on to its faithful, yet still gets all the money.

10,000-character tweets won’t solve any of this. But they will finally at least give Twitter users the space to properly bellyache when the day arrives. Hashtag Twacebook.

Blast past 140 characters thanks to new Twitter rule changes

Usernames, media, and more won’t be counted in the tally anymore 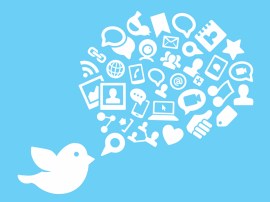 Get the morning’s top tech news, all in one handy location

Load up on the morning’s top tech news tidbits 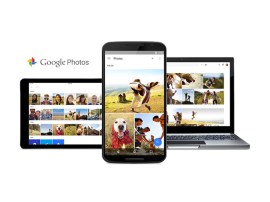