Sony just revealed the new flagship model in its Alpha series: the Sony Alpha 1 (£6,500, available March 2021). With a 50MP full-frame sensor and the ability to record 8K video, it’s bringing plenty of detail to the table – but there’s a huge supply of processing power on tap too. The A1 can shoot stills at full 50.1MP resolution at speeds of up to 30fps, which is twice as fast as Sony’s previous flagship the A9 II and significantly quicker than the 20fps maximum of Canon’s 1D X Mark III and EOS R6. For video shooters, the A1 is Sony’s first 8K capable mirrorless camera, and will also record 4K movies at 120fps for 5x slow motion playback. As you’d expect from a no-compromise model like this, there are loads of other features packed in, including one world first that really caught our attention: real-time autofocus tracking for the eyes of birds! If you want to keep that elusive back garden robin in focus as it zips around, this is the camera for you. Better start saving.

Sony has given us a glimpse of the future of VR hardware, showing off a prototype 8K headset at its annual Technology Day that could one day inspire the PSVR. It showcases some pretty mouthwatering microdisplay technology, with Sony’s affectionately dubbed “OLED Microdisplay and low latency head mount display” achieving an 8K resolution by combining […] 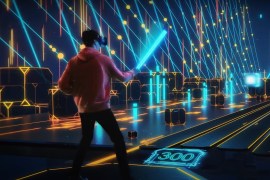 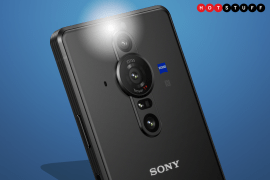