It’s fair to say that Nintendo was on to a good thing with its DS family, so it’s a bit of a surprise that HP’s Omen X 2S is apparently the first gaming laptop to employ a dual-screen setup.

The second display is located conveniently just above the keyboard, and opens up a whole host of multitasking capabilities. You could have Spotify open on the lower display for example, meaning you don’t have to leave Forza Horizon 4‘s superior take on Great Britain for even a second if you want to change song. There’s also the option to copy a feature in the game, such as the map, to the second screen, much like loads of old DS games did.

The Omen X 2S sports a 15in display and has a full metal chassis that’s just 20mm thin.

It’s also the first laptop of its size to come with an applied liquid metal compound to the thermal system by way of Thermal Grizzly Conductonaut. This massively increases heat dissipation, and also happens to be a great band name.

Prices will start at £2500 for the i7 model when the laptop goes on sale in July. 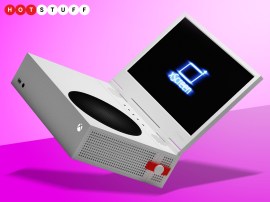 CES 2020: 9 things we learned from the world’s biggest tech and gadget show

Locked in a cupboard since New Year’s Eve? Then catch up with our super-fast guide to upcoming tech trends 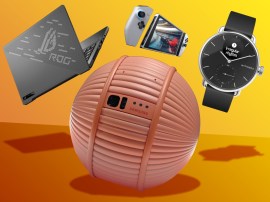