Acer has revealed the Aspire R7, a laptop-come-tablet-come-desktop-hybrid. Why the confusion? Well, its new ‘Ezel’ hinge tilts the screen up and above the keyboard, resembling a mini all-in-one desktop when raised, a laptop when slid back and a tablet when completely flattened. We should say *almost* completely flattened as the hinge gets in the way.

You can also flip the screen over for movie watching or backwards to show off presentations – though be warned, while we’ve not been given the official weight you won’t be slinging the R7 in your backpack anytime soon.

The fun doesn’t end there though – the trackpad is actually behind the keyboard so that you can bring the screen closer to your digits and still type. Still, that means reaching over and resting your palms on the keys when you’re using it like a normal laptop.

Acer calls it “the notebook designed for touch” but we’d rather think of the R7 as an obedient Johnny Five in Ultrabook form, raising its screen to please us. We like.

It runs Windows 8 and packs a stunning 15.6in full HD display and Dolby Home Theatre sound, powered by four 8 watt speakers with audio channels automatically reversing when switching between the different modes.

Perfect for indecisive gadgeteers who want a bit of everything for their main home PC, it’s available in the UK in June for £800.

If you prefer detaching your screens then Acer also revealed the Aspire P3, a convertible Windows 8 machine with Intel innards (i3 and i5 flavours) and an 11.6in HD display, USB3.0 and a full-sized HDMI port.

Though it has Core guts, the P3 should last up to six hours too and while it’s a similar size to last year’s Iconia W700 it is lighter and more manageable making it more of an on-the-go option.

The keyboard dock is a little flimsy but it’s light and since there’s no trackpad it’s nice and compact too with shallow but large keys. Like the Microsoft Surface, the P3 also has pen support, is available right now, and will set your wallet back £600.

Sure that’s for the 8GB Wi-Fi only model but in size and screen resolution this Android tab is a real iPad Mini rival, right down to the curious 4:3 ratio. It doesn’t feel as premium as the iPad or as grippable as the Nexus 7 on first impressions with its plastic back cover and big ol’ bezels but it’s slim and light at 410g.

The A1 also packs a 5MP camera and a microSD slot for those looking for a little more flexibility than the non-expandable Google Nexus 7.

If you’re looking for a slim laptop that won’t weigh you down, this is our pick of the best ultrabooks you can buy 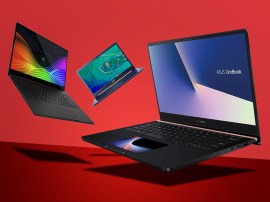 The best cheap laptops of 2016 – reviewed

Fancy a new laptop for less than £500? Then buy one of these budget beauties 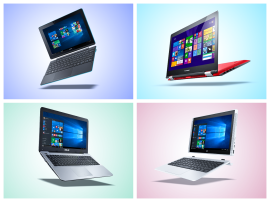 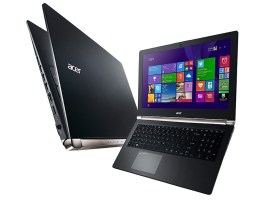