AmpliTube has announced that its Jimi Hendrix effects app is now available for budding guitar gods to download onto their iThings.

Featuring five effects including Wah 46 and Fuzz Age (based on the iconic Vox V846 Wah and the Arbiter Fuzz Face), the presets are arranged by Hendrix’s discography, meaning you’ll be able to get the right tone for all your favourite Hendrix tracks with little fuss.

Head on over to the App Store to download AmpliTube now and get your Hendrix on for £10.50.

AmpliTube Slash app takes you down to Paradise City 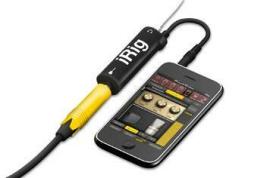