This is a king-size rumour with king-size doubts on it, but it’s out there and it’s an interesting proposition: Apple really could build its own TV.In less than ten years, the company has transformed the way we listen to music through iPods and iTunes. Since launching in 2007, Apple’s phones have dominated mobile internet usage figures.Partly as a result of mainstream adoption of these ‘satellite’ devices, Apple’s desktop and laptop computers have become more accessible, too. Once Apple computers were the preserve of graphic designers and architects. Now your mum has one.And the iPad? Even without the benefit of hindsight, you’ve only to look at the investment in tablet computing from every major manufacturer to see that Apple’s got that licked, too.

Hi, Speed: what to expect from Apple’s 13 October event

All the iPhones you can eat, Air Tags, and very possibly the first ARM-based Mac 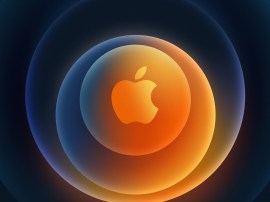