Home / Apple iWatch, due this year, should last five days without a charge

The Apple iWatch is fast becoming one of the most anticipated gadgets of the year – right behind the rumouerd Apple Television. But until recently it’s been little more than rumour. Now a Bloomberg report predicts the iWatch will make more money for Apple than the Apple Television.

According to Bloomberg, Apple has over 100 designers working on the wristwatch with features that include making calls, identifying callers, and checking maps. Plus a built-in pedometer and heart rate monitor could make it a personal health assistant. The goal is for a four to five day battery life but apparently prototypes are only managing two right now. Let’s hope they can fix that without bulking up.

With 79 Apple patents featuring the word ‘wrist’ it’s expected to land later this year with iOS style software. With Google unleashing Project Glass later this year, it’s set to be a battle royale over wearable tech – but which side will you be backing? Let us know on Twitter.

Two new iPhones and an iWatch? Apple’s going to have a busy day tomorrow 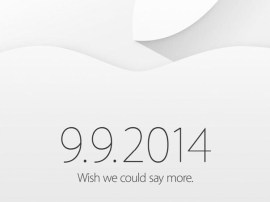 iPhone 6! iWatch! iOtherThings! What to expect from Apple’s 9 September event

Apple’s got a special event coming up, so here’s what Stuff.tv reckons we will – and won’t – get to see on the day 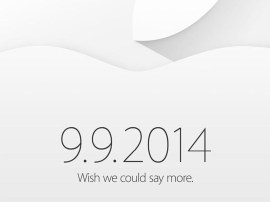 The 11 most impressive iWatch concepts so far: which would you wear?

Imagination goes where Apple’s secrecy will not allow us 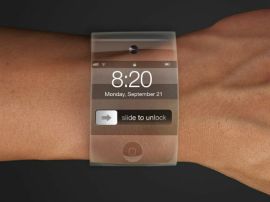