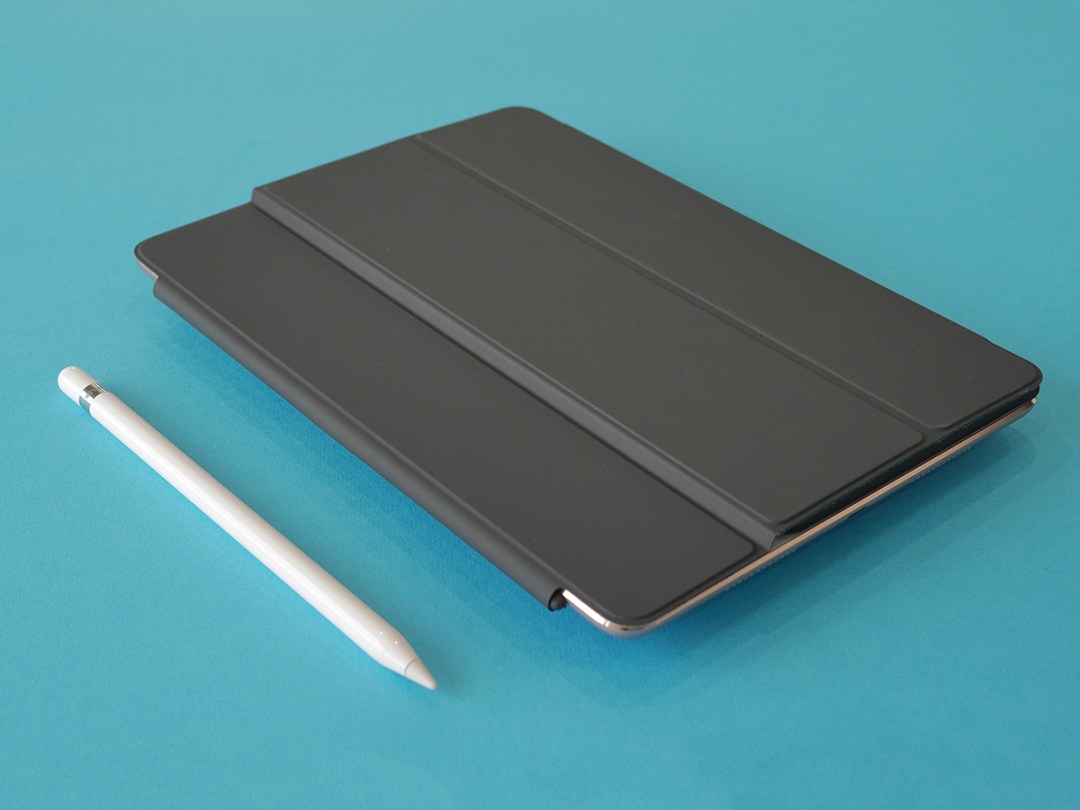 Apple releases a lot of gadgets, but those are probably just a fraction of all the fantastic, out-there concepts cooked up in Cupertino over the years. And as a just-granted patent shows, Apple has another surprising idea in the works.

You know the iPad Smart Cover? The one that connects to the side and lays flat over the screen, yet quickly contorts to become a stand? Well, it seems like Apple has been toying with the idea of transforming that simple accessory into a flexible secondary screen for the iPad.

The patent shows the proposed screen-laden cover connecting to an iPad using something akin to the Smart Connector on the iPad Pro models, and suggests a number of ways in which it could be used. For example, you could jot down notes on the cover screen or see reminders and notifications on a couple of the panels. You wouldn’t even need to flip the cover to use it.

One application could be using the full secondary screen as a Wacom-like drawing tablet using the Apple Pencil, rather than drawing directly onto the iPad screen. Other sketches with the patent filing show the foldable stand form intact, and used to show media controls on the exposed panel when folded up, while another sketch has small solar panels mounted to help power the iPad.

In other words, it seems like Apple has a broad solution for problems that don’t really exist, or at least aren’t essential add-ons for most users. And the potential cost of adding another screen, if not multiple screens – and flexible ones, at that – has to be significant, surely into the hundreds of pounds.

Although Apple might be eager to use the iPad Pro’s Smart Connector for more and more functions, this seems unlikely for commercial release anytime soon given the costs and niche purposes – but at least Apple is thinking about how iPads can become even more useful and flexible devices. And this isn’t even the first time we’ve seen proposed iPad covers with screens and other smart elements.