One by one the new Archos PMPs have arrived, from the diddy 105, through to the compact 405 and web-browsing 605 WiFi. Now it’s the turn of the mother of all PMPs to emerge – the 705 WiFi.Boasting the same hi-res, web-page-friendly 800×480 pixel resolution as the 605, it ups the screen size to a frankly outlandish seven inches.Like the 605, it gets Flash for any YouTube shenanigans you may wish to kill a stray hour with and has its own EPG for recording direct from the TV.Course, you can’t leave it tethered to your plasma all day or you’ll be sans Heroes on the train, so it’ll also hook up to Archos’ Apple TV rival, the TV+, pulling recordings from the telly box’s 80GB, or roomier 250GB, hard drive. Splendid.We can’t say it’s the most pocket-friendly of players, but we’ll be looking at that screen too much to care.EssentialsArchos 705 WiFi 80GB, 160GB, TV + 80GB, 250GBPrice: £330, £400, £170, £240On sale: early October Contact: ArchosRelated stories:Gadget of the Day – Archos 405Archos 105 supermini revs its tiny engineReviewed: Archos 605 Wi-Fi 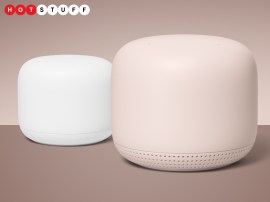 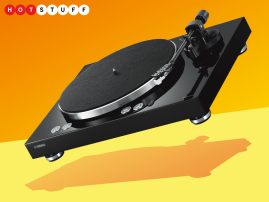 Lensing you a hand 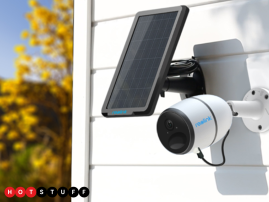