The Asus Transformer Pad 300 – the plastic-shelled counterpart to the Eee Pad Transformer Prime – will hit US store shelves on April 22.

Like the Transformer Prime, the Transformer Pad 300 sports a 10.1in, 1280x800px screen, and uses a quad-core Tegra 3 processor and 1GB RAM to drive its Android 4.0 Ice Cream Sandwich OS. You also get an 8MP rear camera and a 1.2MP front camera alongside micro HDMI and microSD ports.

Pricing across the range has yet to be revealed, though US retailer BJs has the 32GB model up for preorder priced at US$400 (albeit without the keyboard dock). Pricing and release date in the UK is still a mystery – as is the question of whether the UK Transformer Pad 300 will come with LTE connectivity – but we’ll let you know as soon as it’s announced.

Of course, you may want to hold out for the higher-specced Transformer Pad Infinity, which comes with a higher-resolution 1920x1200px display. And if you’re thinking of picking up a Transformer Pad, you’ll want to check out our 10 of the best Android tablet apps.

Google Drive wants to hold all the data

Roll up, roll up to read about all the latest happenings in technology news

Good news for owners of Asus’ transforming super-tablets as news of an incoming Android 4.1 update hits the interwebs 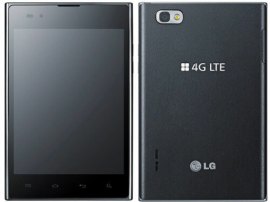