Home / News / BBC and ITV bring you hi-def for free

Save a thoroughly popular trial of HD over Freeview, hi-def programming has been the preserve of Sky’s £10 a month SkyHD service – but not for much longer.From next spring, the BBC and ITV are launching Freesat (not to be confused with Freesat from Sky) a Freeview service over satellite that’ll give them the bandwidth they need to get 1080i or 720p signals to your HD-ready telly box.The Beeb already has its HD channel up and running on Sky showing HD versions of programmes such as Planet Earth (pictured) and Torchwood. But now ITV’s announced its own plans. The new channel will show around two to three hours of ITV1’s peak time sport and drama content in lush hi-def – with more promised in the future.You’ll need to shell out for a dish and receiver – probably around £150 – but once installed there’ll be no extra cost (hear that Sky?).If a dish really isn’t your bag then the big cheese over at ITV, Michael Grade, hears ya. He’s pushing the suits at OFCOM to give over some extra bandwidth to Freeview so it can join the HD train. All aboard now – next stop 1080i.Essentials  Contact: BBC or ITVRelated stories: Sky promises more HD Freesat – answer to our HD Freeview prayers?Now you see HD, now you don’t

NowTV Combo gives you plenty of choice, but no contract

Microsoft Xbox One vs Sony PS4: in depth 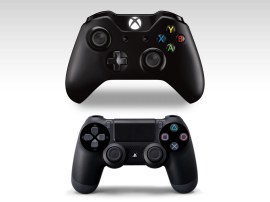 November launch and promise of Christmas Eastenders in HD 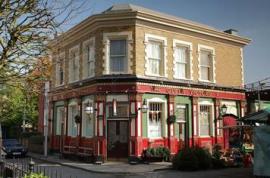