Bridge cameras can be the perfect choice if you’re looking for a camera with a zoom and more manual controls.Olympus has just released two such bridge 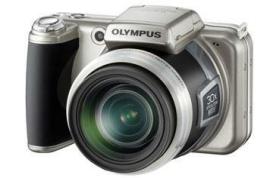 Never content to announce a mere one or two new arrivals, Olympus has unleashed the fury with nine new compacts.We’re loving the additions to the shoc