What’ll be the top-selling game this Christmas? This… maybe… It’s the only chart position that counts. Being number one at Christmas means everything. So which game will be top of the pops this festive season? My prediction is FIFA 08.

As I write, the bookies disagree, but only a bit. Ladbrokes and Paddy Power both have  Need For Speed: Pro Street as the favourite, followed by FIFA 08 then Halo 3. Only a fool would underestimate a new Need For Speed release, but I still reckon FIFA will pip it this year, even though it’s already sold in big numbers since its October release. Sony, Nintendo and Microsoft will sell just about as many consoles this Christmas as they can supply to retail, and I can see FIFA 08 being the most popular first purchase for all those new console owners. That’s my theory anyway. Agree? Disagree?  Have your say and we’ll check back in the new year to see who was right. Horganator out.

4K TVs supertest: Which should you buy?

With the Euros and Olympics round the corner, now’s the time to upgrade your viewing experience 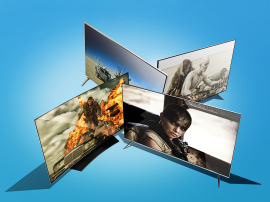 How to sell your unwanted Christmas presents

Don’t tell your mum, but those unicorn slippers have to go 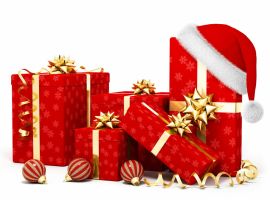 Call of Duty: Modern Warfare 2 has won over a fair few of us here at Stuff Towers, and it seems its done the same with you lot, as it has grabbed this