We’ve seen the leaked photos, we’ve read the rumoured specs and we’ve surfed the cryptic teaser 070829.com website (pictured), now we’re finally going to get the official launch of Nokia’s mystery music mobile – the flagship handset sitting at the top of Nokia’s new music-playing range.If the (many, many) rumours are to be believed, being unveiled tomorrow will be the N81 slider with a 2MP camera and 8GB memory.That’s already got the press twittering about ‘Nokia’s iPhone’, even more so since Nokia’s also going to be launching its own music store that’ll enable Nseries music phones to download high quality tracks direct, rather than from the network operator.It could all be a step too far for some. Orange is reportedly refusing to stock the phone unless Nokia allows it to test the download system prior to launch. It’s worried that the larger file sizes could clog its systems and, er, ‘confuse’ us poor peeps who are used to only being able to buy pricey tracks from the network’s own portal.Nothing to do with the fact that Orange won’t be able to cash-in on those music sales, then. No, definitely not.Essentials Nokia N81 Price: £TBA On sale: TBA Contact: Nokia Related stories: O2 bags the iPhone – apparently Nokia gives glimpse of the future? Super-sized 8GB Nokia N95 on the way?

Nokia straps its new music service onto the Lumia 800 launch – RnB with Elop anyone? 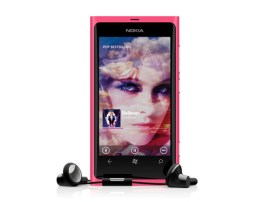 Nokia X5 squares up to the competition

Nokia has released details of the X5 at the Nokia Connection event in Singapore today.The Nokia X5 is just about the squarest phone we’ve ever seen, a 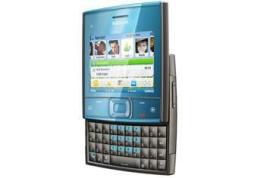 Not long after announcing a trio of social networking handsets a few weeks ago, Nokia has finally spilled the official deets on the previously-leaked 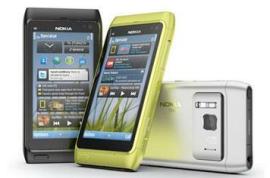