Are you getting your RDA of five gadgets a day? No? Better get yourself a ticket for the What Hi-Fi? Sound and Vision Show in association with Stuff, then.Among the torrent of tech that’ll be hitting Hammersmith’s Novotel in London from 2-4 November is Panasonic’s humungous 103in plasma TV (try getting that one up the stairs), Sony’s sexy new Vaios and Walkmans, and some Finnish fancies from Nokia.You’ll also be able to witness the public unveiling of Stuff’s Cool List, and our favourite party starter, Tonium’s Pacemaker DJ tool will be there to provide the tunes.Joining the hardcore gaming rig over in the Projection Design corner will be one of the world’s fastest production cars, the Koenigsegg CCX (pictured), capable of an eye-watering 242mph. Unfortunately it’ll spend its time at the show stationary, but as a consolation, PD will let you drive it on Project Gotham Racing 4 on the Xbox 360, on an awesome 4-metre screen.All that and there are also goodies from Archos, retro gaming from Namco, a Mobile Phone Amnesty to recycle your old handsets for cash and a ‘touch and try’ session with Canon’s cameras. You can even round the day off with a chat to Stuff’s Gadget Doctor. What more could you ask for?EssentialsWhat Hi-Fi? Sound and Vision Show in association with Stuff Price: £13 + booking feeOn sale: NowContact: Stuff or call 0870 040 0383Related links:Win tickets to the Stuff Cool List Awards!

Rub shoulders with Stuff at Gadget Show Live next week

Heading down to Birmingham next week for Gadget Show Live? Then you’ll definitely want to come down and chat to our faces 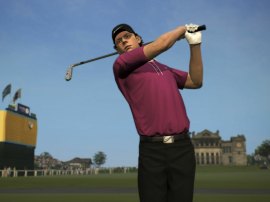