Home / Fujitsu PC lets you navigate Windows 8 with your eyeballs

Navigating Windows 8 with your eyes might seem painful, not to mention detrimental to your eyesight, but that’s exactly what you can do with the Fujitsu Windows 8 Esprimo FH98/JD all-in-one PC.

Built into the computer is clever eye-tracking technology that lets you swipe around Microsoft’s latest operating system simply by looking in different directions. The jury’s out whether this will prove a better system than the old-fashioned mouse but we’ve soon it used to great effect in video games.

Toshiba also revealed the FH77/JD variant, which includes a wireless touchpad so you can remotely operate Windows 8. Both all-in-one PCs include Pioneer speakers for improved sound quality and a touch screen, adding a tablet-like experience. All models of the Windows 8 Esprimo series will be available from October 26, the day after Windows 8’s official release. No word on pricing. Eyes down…

Don’t chuck your old phone away, there’s plenty of life in it yet 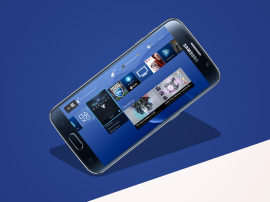 Zelda with a DualShock? Believe it 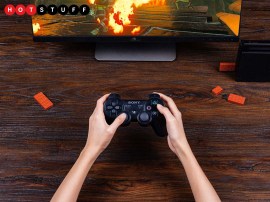 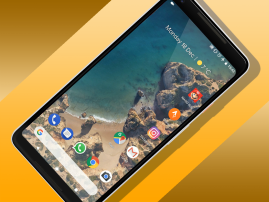