Okay, we admit it: we’ve been neglecting our PSP to play N-Gage games. We know, we know, the shame, the shame. But this isn’t some admission of a taco-shaped, side-talking predilection, far from it. It is, in fact, the result of our newfound admiration for the Nokia N81.Sliding into shops this week, it’s out in two versions: the standard offering and an iPhone-rivalling 8GB version. Breathing new life into the old Nokia format, both pack gaming-centric controls into a non-embarrassing slider mobile.Unlike the N-Gages of old, the N81 relies on downloads for its gaming fodder, courtesy of the new N-Gage portal. Since it’s not quite up and running yet, Nokia’s included three previews ready loaded.The demos of FIFA 07, Asphalt 3: Street Rules, and Space Impact Light should keep those fingers flying till next month when the N-Gage games service is ready. In the meantime there’s also Nokia’s Music Store to explore for some on-the-fly tunes.Better start warming those thumbs up.EssentialsNokia N81, N81 8GBPrice: £324, £394On sale: 1 NovContact: NokiaRelated stories:Stuff.tv Vidcast 48 – Nokia N81 vs PSP SlimFuture Stuff: Nokia N81 – hands onNew Nokias take on the iPhone

10 of the most ill-fated gadgets

The HP TouchPad’s premature demise has prompted us to reminisce… 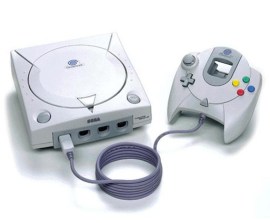 You can’t fault Nokia for effort, but the Finns have finally thrown in the towel on their N-Gage gaming service, commenting on its blog that it’ll ‘no

Nokia’s come over all healthy in 2009, unleashing a spanking new version of their Sports Tracker service and a souped up phone to make sure you don’t