Arrrr! Nope, not the sound of a pediatrically challenged pirate on the Spanish Main, but the pained noise I made the first time my sloop had its sails cut to pieces by a broadside from a treasure galleon.I first played Pirates! on the C64 – it was also available for the Amiga and PC, but I hadn’t yet upgraded to the former and didn’t have the latter till the internet revolution.In some ways it took on some of the elements of the previous year’s Defender of the Crown, but elevated them to unparalleled heights. This may well have been the first truly epic free-roaming adventure game.Taking charge of your pirate sloop, you recruited men and sailed the high seas in search of ill-gotten gains.The majority of the game was played on the big world map, where you steered your ship towards ports and rumoured treasure. Random encounters with other ships provided the opportunity for plunder and to build up your fleet, replacing your first little sloop with proper warships and cargo vessels to carry all the goods you’d go to sell to the highest bidder.Combat meant either bombarding the enemy ship with cannon shot or coming alongside and boarding. The latter resulted in a sword-fighting element where the enemy captain had to be defeated. Bit of a button bash, but fun nonetheless.

As you can see from the pic above, Pirates! was spruced up and re-released for the PC in 2004 and Xbox in 2005, and is now available for Xbox 360 from Xbox Live Marketplace.However, you can also buy Pirates! for the Sony PSP – it’s how I spent most of my train journeys in 2007!Follow me on Twitter

The 14 most hotly anticipated indie games of 2019

Looking beyond the AAA churn to the year’s most exciting independent releases. Updated for April 2019 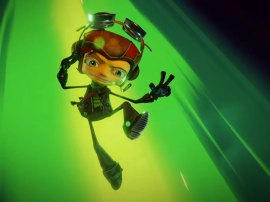