Populous creator Peter Molyneux promised to release the first proper gaming footage of his return to the god game genre, Godus – and with two days left to go on the game’s KickStarter funding drive, the gaming figurehead has done just that.

Godus may still be an early prototype but you can guage some idea of what the finished game will look like – assuming the £450,000 target is reached within the next two days. At the time of writing, there’s just £15,000 to go before Godus reaches its funding goal. Best start lobbing some pennies towards 22cans if you want to play god.

Smart rope, a smart bed and a smart Amiga doc: 7 Kickstarter and Indiegogo must-haves for March 2015

In this month’s gadget frenzy, we recommend doffing your money cap at everything from a project to free your Pi to one for locating your fingers 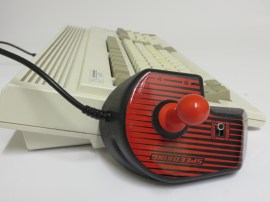 Demand precision? This may be the stylus you’ve been searching for