Someone at Google owns a flux capacitor. That, or these images of influential figures from the past wearing Google Glass are rather convincing Photoshops.

While probably the latter, there’s still something a little magical viewing the likes of Honest Abe Lincoln and Paul McCartney donning Google’s magic specs. Which, incidentally you can apply to pick up for a mere US$1,500 dollars.

Head on over to The Verge forums for the full collection before whipping up your own blend of Google-inspired past and present.

The visual web – pics or GTFO

Fully Charged: Google accelerates its VR push with Cardboard, Minecraft hits Windows Phone, and you have to see the new Mad Max trailer 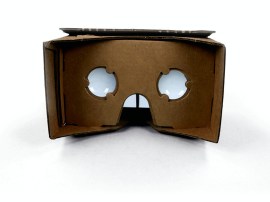