That smell of petrol and burnt rubber tingling our nostrils can only mean one thing – Gran Turismo 5 Prologue isn’t far away.

As the tyres squeal in the near distance Sony has just confirmed all 71 cars featured in the game – and it reads like a petrolhead’s dream. There’s the Aston Martin DB9, Audi R8, Ford GT and, for the first time in Gran Turismo history, Ferrari is also on-board with its 599, F430, 512BB and the classic F40.

Another GT first will see the inclusion of online multiplayer giving you the chance to test your driving skills against 15 other players on the PlayStation Network. Computer opponent AI has also been tweaked so you can keep the racing going even when you’ve got no pals online.

There’ll be five different tracks including Japan’s Suzuka and the mountainous Eiger Nordwand. All courses can be also be raced in reverse, although it’s best to check which direction you’re going with the other drivers before you set off.

There’s not long to go before the lights go green on GT‘s full PS3 debut; it’s out on the 28 March on Blu-ray disc or as a download from the PlayStation Store. Better start warming those thumbs up. 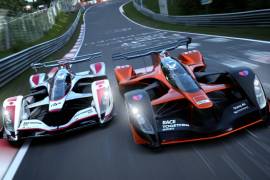 6 reasons to be excited about Gran Turismo Sport

Racing’s greatest sim is back in October – but what has it got in store for us? 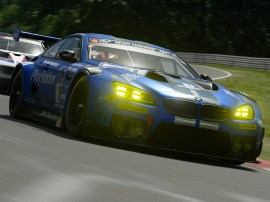