So, it’s been – let’s see – five years since Gran Turismo 4 was launched. Granted GT5 Prologue, a taster for the full version of the follow-up, came along in 2007. And we expected the fifth edition of the HD speedathon to come screaming around the corner in a blue fog of tyre smoke shortly afterwards.

But it didn’t. And carried on not coming. Until just now. We’ve got our first sniff of exhaust fumes – GT5 will be released on November 3.

Exciting stuff, but don’t don your firesuit just yet – the release has only been confirmed for Japan. According to Joystiq, there’ll be a limited-edition run of the game with five downloadable cars and a 300-page book alongside the vanilla game.

Not incentive enough? There’s also word that a GT-themed titanium blue PS3 will be lined up on the starting grid, too. Time to move to Japan? Or dare we hope this’ll hit our shores in time for Christmas?

Stuff takes a nostalgic look back at the Gran Turismo series 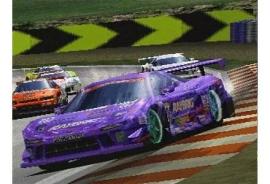 That smell of petrol and burnt rubber tingling our nostrils can only mean one thing – Gran Turismo 5 Prologue isn’t far away.As the tyres squeal