Home / News / Is HTC taking on Spotify with a music streaming service? 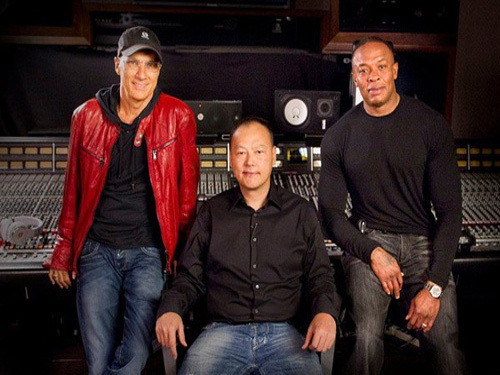 Not only are we expecting a couple of quad-core beasts from HTC at Mobile World Congress at the end of the month, but word from GigaOm is the Taiwanese smartphone maker could be about to enter the realm of music streaming and lay bare the details of its new venture at the smartphone bonanza.

According to the latest churn of the rumour mill, HTC will enter into a musical partnership with a Spotify-branded competitor as part of its $US300 deal with hip-hop quack Dr Dre and Beats Audio.The company is said to be working closely with Beats head honcho Jimmy Iovine to create and develop the streaming service, subsequent to failed talks with existing companies – including Spotify.

The as-yet-unconfirmed and unnamed music service will be preloaded on future devices to become the standard default music player on all HTC smartphones and slates, though we don’t yet know if the service will feature on HTC handsets as standard, or whether users are going to have to cough up the cash for the privilege.

We do know that HTC has been pushing its music credentials with its line of Beats Audio-focused smartphones like the Sensation XL. So starting a cloud-based music service could be what HTC needs to give its machines the musical edge over the competition. Listen out for updates right here on Stuff.tv.

ZTE launches 7in ZTE Light Tab II in the UK