They don’t call i-Mate’s new range ‘Ultimate’ for nothing. The four black-suited 3G assassins are ready to take on HTC’s offerings, and anything else that may stand in their way (iPhone we advise you to step aside at this point).Top of the pile is the 9502 (pictured) with a Sidekick style slide-out screen sporting lush VGA resolution and a roomy QWERTY keypad below. Inside it gets a 3mp autofocus camera with LED flash, GPS, Wi-Fi, Bluetooth, and video out.Also strolling into town is the 2mp 8502 which sports a slightly smaller screen and keeps its QWERTY board out on show, Blackberry-style. The 8510 goes for a giant-size numeric keypad instead, while the baby of the bunch, the 6150, loses it altogether but gets a slightly roomier touchscreen to compensate. Handy.Also announced were plans for an i-Mate ‘shell’ – a device not unlike the doomed Palm Foleo but promising to be much cheaper. With no processing power of its own it looks like an ultra thin laptop but hook it up to one of the Ultimates via video out and it’ll act as a giant screen and keyboard for your email, word processing and Internet browsing pleasure. It’ll even control your desktop PC from afar using Remote Desktop. Nice.The four Ultimates are destined to hit the States next month so we expect them to be offered SIM-free over here before long.Essentialsi-Mate Ultimate 9502, 8502, 8150, 6150Price: £TBAOn sale: November Contact: i-MateRelated stories:Reviewed: HTC TyTN IIHTC Touch Dual slides into OrangeXbox 360’s HD DVD giveaway 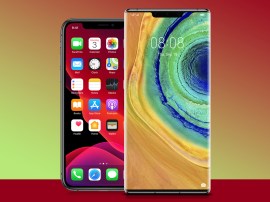 Huawei Mate 10 Pro vs Apple iPhone X: Which is best? 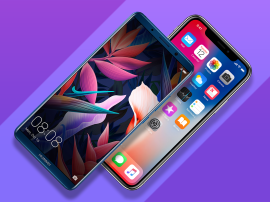 Huawei Mate 10 Pro vs Apple iPhone 8 Plus: Which is best? 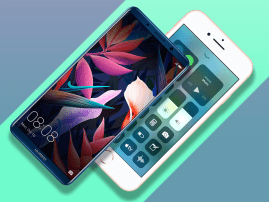