Steady on, someone’s watched The Rock one too many times. This isn’t an instrument of death, it’s a gargantuan tube amp. The 833 refers to the 833C output tubes which were big in the 1940s. As for the TNT, the jury’s still out.

The ’40s eh? A bit outdated for my needs

Clearly you’re no audiophile. Tube amps are seen as the crème de la crème by many audio buffs, favouring them for their naturally warmer tones. The Monoblock Power Amp takes it a step further by configuring the tubes so that they provide maximum amplification with no distortion.

Try 22. This baby rocks a 200 watt output which is huge for a tube amp and get this – it runs so hot that there’s a special liquid cooling system keeping it alive.

Put that cheque book away and get a lottery ticket instead. Although there’s no official price as of yet, estimates are running at £100,000 a pair. Time to put those lucky numbers to good use. 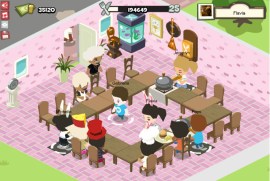