Earlier in the week Film4 and E4 to announced HD channels with Virgin, and now ITV is to bring its HD channel to subscription TV services too.

ITV HD will come to both Sky and Virgin Media on 2 April, meaning it’ll be available in plenty of time for the World Cup in June. The service had previously only been available to Freeview and Freesat customers.

A statement from Sky read: “The addition of ITV1 HD from 2nd April means Sky+HD homes across all ITV regions will be able to watch World Cup matches live in HD, as well as other major ITV shows such as Law and Order: UK, The Prisoner, Foyles War, Lewis, Survival with Ray Mears, and Britain’s Got Talent.”

Sky also announced that ITV HD would be joined by two other channels, in the shape of Hallmark Channel HD and Sky Sports 4 HD, taking the company’s HD offering to 40 channels.

Any channels you’re still waiting for in HD? Let us know below.

Joining the Q: Netflix and six other treats coming to your Sky Q box in 2018 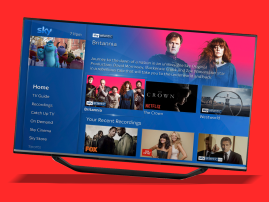