Home / News / Just because they could – Xappr smartphone gun

At first glance you’d be forgiven for mistaking the curvy Xappr for a futuristic batarang smartphone accessory, but it is in actual fact an augmented reality laser tag gun.

The Xappr Gun is available to preorder now for US$30 – a small price to play for some much needed regression in to childhood (minus the scraped knees and wedgies we hope).

Just because they could – steampunk Portal gun

Ever wondered what a Victorian Portal gun would look like? Wonder no more, our curious friend…

Just because they could – Super Mario Bros plus Portal guns 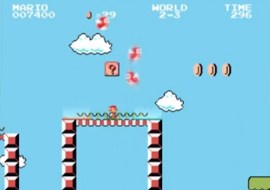 Xappr Guns transform your smartphone into an augmented reality shooter

Too old for laser tag and too pain-intolerant for paintball? Try the Xappr Guns for size