Arguably Britain’s greatest ever band, Led Zeppelin, have finally taken the digital plunge and allowed iTunes to sell a compilation of their biggest tracks.

The legendary rockers have been one of the few major bands to resist the pull of the web – along with a little-known foursome called The Beatles and Radiohead – but come 12 November you’ll be able to bag yourself a best of called Mothership.

By the sound of it all the hits will be there: Stairway to Heaven from Led Zeppelin IV (pictured), Whole Lotta Love, Dazed and Confused, and a load of others selected by the three surviving members of the band.

Of course it’s not all good news, Led Zep are on a Warner-owned label, meaning the whole lot’s going to be tangled up in that dastardly DRM. Damn.

Apple is ready to bestow the fruit of its labours upon us at WWDC 2013. Find out what’s in the harvest right here 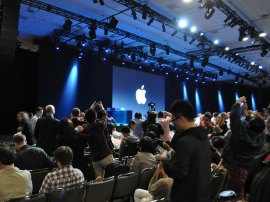 A decade of iTunes

As Apple’s online store hits the ripe old age of 10, we look back at the major milestones 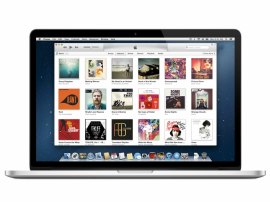