This six foot mighty morphing Power Ranger statue was created to celebrate twenty years of the kick-ass TV series, and is on show at Toy Fair 2013, today.

A combination of over 200 Power Ranger toys make this guy a drop in the ocean of figures that Bandai has sold since 1994 – now totalling 400 million. This year will see the latest, and twentieth series, Power Rangers Megaforce released.

Check back throughout the day for our full coverage of Toy Fair 2013 live from the event.

Flexible displays are the future – PaperTab head reveals his vision 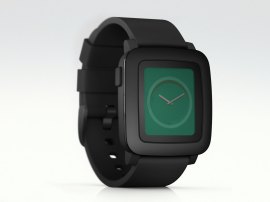 From Wi-Fi controlled tanks to chocolate you can mould, we’ve scoured Toy Fair 2013 for the best kids’ kit. Suitable for ages three and up