HTC’s newly revealed 7.6mm thin One S handset is its thinnest yet and will be available in two premium finishes – ceramic metal and gradient metal. The ceramic metal finish is the result of an impressive-sounding microarc oxidation process involving super-heated plasma (yes, really) and has previously been used on satellites.

If that’s a bit too much scary science for you then the gradient metal finish consisting of  a suave anodized metal affair which gets gradually lighter might be more suited to grace your pockets.

Under the hood the HTC One S has a brand new 1.5Ghz dual-core Qualcomm S4 Snapdragon processor, whose benchmarks have shown it holding its own against quad-core rivals. Beats audio is also on the cards, as is the same 8MP camera with HTC’s latest imaging technology featured in the HTC One X, including the new HTC image chip, smart flash, large f/2.0 lens and picture-in-video functionality.

Android 4.0 Ice Cream Sandwich should look nice and vibrant on the HTC One S’ 4.3in AMOLED screen and – coupled with the same 25GB of free Dropbox storage that both its HTC One X and HTC One V brothers will have – will make the HTC One S a series contender for gadgeteers who want form as well as function.

There’s no price or specific release date for the HTC One S as of yet, but we’re told to expect a launch in early April. Watch this space for a hands-onfrom the MWC show floor. 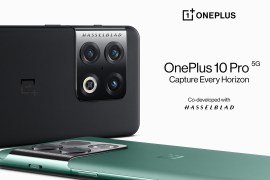