Anti-virus software maker AVG is in attendance at MWC this year, and it has brought with it something that’ll make privacy advocates very happy indeed: a pair of invisibility glasses.

Despite the name, they won’t actually “do a Harry Potter” and make you invisible (that technology is on the way, mind you) – instead they’re designed to fool the facial recognition programs that are increasingly forcing their way into all our lives.

The glasses’ frames sport a number of infrared LEDs. The light emitted can’t be seen by the naked eye, but most cameras will pick it up – and it’ll disrupt the features of your fizzog sufficiently that facial recognition will no longer work.

You might point out that some cameras, including many of those on smartphones, feature infrared filters capable of cutting out light – but AVG has put in one other measure in the form of retro-reflective materials. These mean that taking a photo of your face with a flash will result in the light being shone back into the camera, obscuring your features.

Don’t expect the glasses to pop up in your local Boots anytime soon, however. AVG says they’re still in the early prototype stage.

Now read this › How to become invisible (to Google) 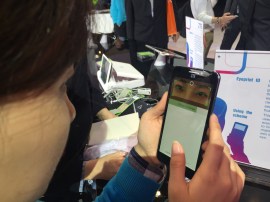 MWC 2015: Your phone’s touchscreen could scan your fingers, right down to their pores

Fingerprint-scanning buttons could soon be a thing of the past, thanks to Qualcomm’s fancy new sensor 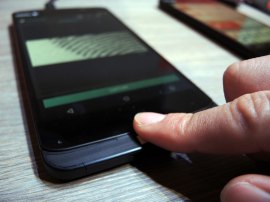 CES 2015: Netatmo’s smart camera recognises your loved ones, gives them a warm Welcome 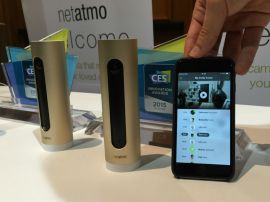