We’ve long been fans of Nokia’s 8800 premium range. The uber weighty handsets and unhealthily high price tags make us feel like oil barons but the comparatively poor specs have always let them down – until now.The new Nokia 8800 Arte (pictured) and Sapphire Arte both come with 2in OLED screens, 3G, 1GB of built-in memory and a 3.2MP autofocus snapper round the back, presumably for taking pictures of piles of money. By tapping the steel surface below the display, an old skool analogue clock appears and incoming calls can be silenced simply by turning the phone face down. Nice.Both are made from metal and glass, which comes coated in a layer of anti-fingerprint magic dust, and your quite substantial outlay of cash will also bag you a Nokia BH-803 Bluetooth headset, leather carry case and a desk stand.Want to know where the rest of your wonga is going? Well Nokia has specially commissioned Austrian dub remix duo Kruder and Dorfmeister to create a special musical compilation soundtrack to be pre-loaded on every phone. Money well spent, eh?The Arte will be available in Europe before the end of the year with the Sapphire following in January 2008. We had a chinwag with Nokia this morning and they told us to expect a UK announcement in January. More as we get it.Essentials Nokia 8800 Arte, 8800 Arte Sapphire Price: €1000, €1150 plus tax, UK price £tba On sale: Q1 2008 Contact: Nokia 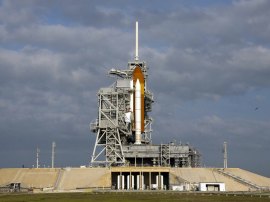 Nokia gets exclusive with 8800 Carbon Arte

Nokia’s already lining up two new mobiles for early next week, but while we all speculate about whether it’s the touchscreen Tube or not, the Finns ha