We’ve already caught a quick glimpse of the prototypes at CeBit, and seen what look like detailed product shots of the finished products leak out online. Now Sony has broken its stony silence and given solid confirmation that the new Alpha DSLR launches are just a short wait away.Writing on the Sony Electronics Blog, Sony’s Senior Technology and Marketing Manager for Alpha, Mark Weir, reassured fans that, ‘the models are on schedule and we are dedicated to fulfilling your high expectations for the Alpha system.’Those high expectations include a 12MP Alpha 200 (pictured) with a meaty bolt on vertical grip and an Olympus-style live preview feature. The ‘on schedule’ promises means it should be appearing before the end of the year.The second cam will be the big daddy pro Alpha 300 which will take on Canon’s EOS 5D with its full-frame sensor. That’s now seemingly confirmed for early 2008. Time to start saving, we feel.Essentials Sony Alpha 200, 300 (names TBC) Price: £TBA On sale: Q4 2007, Q1 2008 Contact: SonyRelated links: Sony Electronics Blogs Related stories: Sony brings on the Alpha males Sony’s new 133x CompactFlash cards Best of CeBIT 2007

1 camera to rule them all 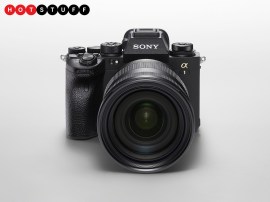 Long battery life, clever autofocus and everything else Sony’s upcoming smartphone range is bringing to the party 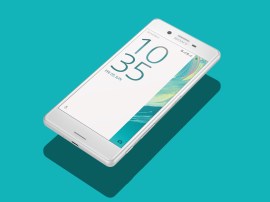 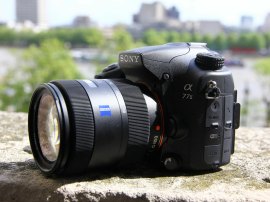