We’ve already seen one Nokia leak this week, but now another one has come to the surface in the shape of the Nokia X9.

PC Online is reporting the handset will be running the new Symbian 4 OS, a version that we’d hope has been properly designed for touchscreen handsets – something that has let touchscreen Nokias down in the past.

The X9 will apparently pack a 1GHz Cortex A8 CPU, a faster version of the CPU found in the iPhone 3G S, a 12 megapixel camera, 3.7-inch AMOLED screen and 32GB of storage space.

There’ll also be an HDMI out port, Wi-fi, aGPS and HSDPA connectivity on board as well.

According to Nokia’s new naming strategy, if this handset turns out to be real, the X9 will be one of their most advanced multimedia handsets.

It has to be said though, the picture accompanying the leak does look seriously rendered making us think twice as to whether this is something we can really start looking forward to.

What do you reckon, could this be the big brother to the nearly-there X6? Let us know below. 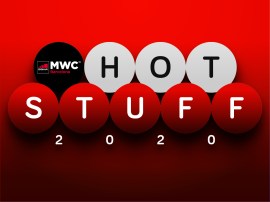