Canadian company PskyoWave has just released the Psyko 5.1 PC Gaming Headset System, an amp and headphone combo that has five directional speakers built into the headband – and two subwoofers in the earcups (where the drivers are in normal headphones).

Gamers are the initial target audience. They will gain the ability to track baddies by sensing the direction of gunfire and movement, at the cost, however, of losing the ability to spend $300 on something more useful. And possibility also the ability to hang out with other human beings in meat-space without being laughed at.

The best noise-cancelling headphones for every budget

Turn on, tune in, zone out 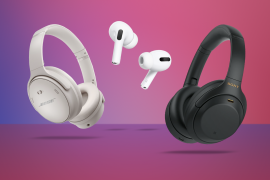