Samsung’s Galaxy Tab is fresh out of the gate and selling (we assume) like the proverbial warm confectionery. But out the back of the sweet shop, Sammy is baking some extra surprises into its second-gen slate. The company has shown off a Super AMOLED-fronted Tab, the same extra sharp, extra bright screen that adorns the Galaxy S phone. Makes sense to us that this is prep work for the revamped spec sheet on Samsung’s next version of the tablet. But can Apple beat it to the punch with a Retina Display iPad 2?

Rumour mill: What should we expect from the Apple Watch Series 6?

How will the inevitable Apple Watch Series 6 shape up? Here are our predictions 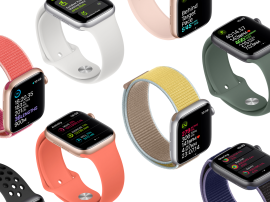