We were given the briefest glimpse of Sony’s plans for a camcorder with interchangeable lenses at the NEX-5 launch. Now, Sony has given it a name, taken a decent picture, scrawled out the specs and sent it our way.

That makes the NEX-VG10E the world’s first camcorder to have a swappable eye – like the NEX-3 and NEX-5, it takes E-mount lenses, or A-mount with an adaptor.

But the thrills don’t stop there; as well as shooting in full 1080p-flavour HD, the NEX-VG10E’s 14.6MP CMOS sensor is nearly 20 times bigger than that on a conventional camcorder, allowing for pro-like effects, such as bokeh (that’s artily blurred backgrounds to you).

On the subject of jargon, Sony’s groundbreaking ‘corder also has a quad capsule spatial array stereo microphone that it claims will create soundtracks with more depth.

The bad news? Sony wants you to use its Vegas Movie Studio HD Platinum 10 editing software. There’s plenty of silver lining, though – it’s free, you don’t have to use it and there are tons of other editing packages around that will make a masterpiece of your noir shorts. Or back garden bloopers. We won’t judge.

More bad news? There’s no price yet, but we wouldn’t expect to find Sony’s latest in the bargain bin. Not that it’ll stop us.

The best 4K camcorders in the world right now

This top trio will capture your world in Ultra High Definition 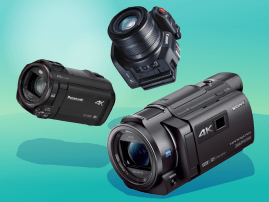 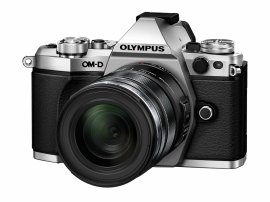