If you’re currently sitting in a Monaco penthouse smoking a Cuban cigar and stroking a bulldog called Bernard, we have some mobile phone news for you. Porsche Design has just joined Vertu in the crazily high-end mobile market with its first phone – and we’ve had an exclusive first look.The P’9521 is, as you’d hope from a phone that’ll cost £815 when it hits shelves in September, mad as a lorry. The somewhat blocky body is milled from a solid piece of aluminium, and inside there’s a fingerprint sensor, which locks the phone and protects your mum’s number from the clutches of international terrorists.Specs were, as Porsche officials admitted, secondary to making the phone a lust object, but there is a 3.2MP camera (with autofocus and a two-LED flash), a 1GB miniSD card under the battery and Bluetooth. If that’s not enough, Porsche and its collaborator Sagem will be launching a powered-up version, possibly with Wi-Fi, in early 2008.But what’s the original P’9521 like in the flesh? Considering it’s hewn from solid aluminium, we expected it to have a bit more heft – it doesn’t feel any more weighty or exclusive than a Nokia 8800 or LG Shine.

The fingerprint tech is also a mixed blessing. It makes the phone reassuringly bonkers by letting you assign each finger to a different person for speed-dialling, but the novelty of having to swipe your finger three times over the sensor could soon wear off.Still, with only ‘a few dozen’ expected to ship to the UK in late August – you’ll find it in Porsche dealerships and stores like Harrods – it’s about as exclusive as mobiles get. And if you’re itching to shell out almost a grand for a phone, that’s all you need to know.EssentialsPorsche Design P’9521 Price: €1200 (£815) On sale: Early September Contact: Porsche Design Related stories: Touch the new HTCGadget of the Day – Nokia 8600 LunaThe Sirocco with the golden touch 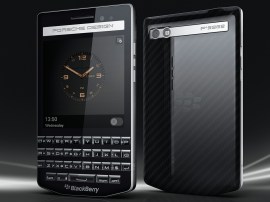 A set of leaked images points to a plush, premium version of the BB10 smartphone 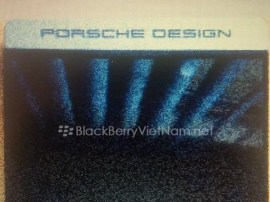