Before Toshiba revealed its kitbag of goodies at Mobile World Congress, the Japanese company teased us with a 13.3in tablet concept that would be powered by Nvidia’s quad-core Tegra 3 chip if it ever saw the light of day.

Fast forward a month and that concept has turned into a veritable beast of a machine – a 13.3in tablet dubbed the AT330 – and the largest tablet to date.

At first glance you’d be forgiven for thinking this was a gadget straight out of the ’90s thanks to that eyesore of an antenna. But it’s actually one of the main attractions on Toshiba’s tablet efforts, paving the way for a built-in TV tuner, to differentiate it from the rest of the tablet crowd.

There’s no denying it looks a little flimsy in the hands-on shots, and if portable TVs of the past are anything to go by, we’re not expecting a particularly strong signal.

Not only is this the recipe for a powerful machine, but it looks like Toshiba is intent on making its mark on the tablet arena – succeeding where so many Android tablets have failed.

Apart from the aforementioned specs from the folks over at The Verge and Techfokus, there’s very little else we know about Toshiba’s AT330. A Bluetooth keyboard accessory probably wouldn’t go amiss, though. Rest assured as soon as we know more, so will you.

The Best Hybrid and Convertible Laptops of 2016 – Reviewed

Laptops, your end is nigh. The age of the hybrid is finally upon us – but which is best? 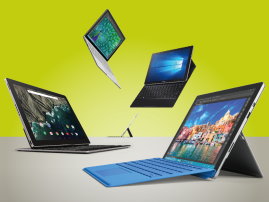 Load up on the latest tech news tidbits 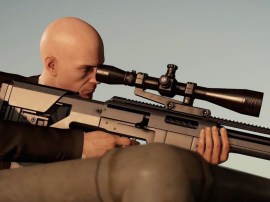 Stuff Gadget Awards 2014: The Apple iPad Air 2 is the Tablet of the Year

Apple’s second SkinnyTab does what the first one did, and triumphs over the tablet competition 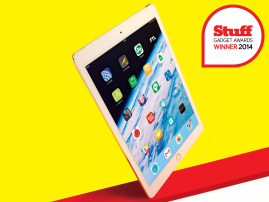