Prospective PS3 buyers have our permission to feel pretty peeved today. After the US announcement of a new 80GB model and a $100 price cut for the 60GB original, we were all poised and ready for an announcement of a price tumble here too.But nothing’s come. Instead Sony’s dangling a 60GB ‘Starter Pack bundle’ which will now include two SixAxis controllers and two games for the same £425 price as the old deal. Not bad, but our wallets are still feeling awfully nervous.It compares to $500 (around £250) for the 60GB model in the US, or $600 (£300) for the new 80GB version.’Rip off Britain’, we hear you cry. But in a rare double whammy, Sony’s also managed to alienate potential buyers on both sides of the pond by announcing that the $500 US entry point will only be temporary because the 60GB model is actually being withdrawn.So the cheapest PS3 in the States will soon once again be… $600. Pretty smooth move, huh? Oh, and one other thing Sony: where’s our 80GB model?Essentials Sony PS3 Price: £425 On sale: Now Contact: Sony Related stories: New PSP Slim & Lite announced Xbox 360 Elite lands next month Cut price PS3s heading Stateside

Here are the best Cyber Monday 2019 smartphone deals, as many retailers have extended their Black Friday specials! 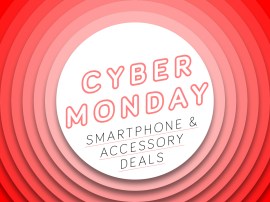