Step aside Shure, sit down Sennheiser – there’s a new high-end headphone in town. If you thought Gary Lineker had the ultimate ears – think again. After cutting its teeth making in-ear monitors for singers and bands Ultimate Ears is now going big on earphones for us mere mortal, non-rock-star folk.

The new Super.fi 3 Studio ‘phones are Ultimate Ears’ entry level set – and for £85 we’re not exactly talking pocket money – but for your cash you do get a pair of buds based on the custom-moulded monitors used by UE flag wavers like Metallica, The Killers and Van Halen.

With a single-speaker design they’re not likely to challenge the dual woofer delights of Shure’s £360 SE530s – but they won’t challenge your bank account like those do either. You’ll still get specially engineered earpieces that block out external racket plus a combination of deep bass, crystal clear mids and highs as crisp as a packet of Walkers.

We’ll be taking a pair for a spin very soon. We’ll let you know if they really live up to the name.

All the endurance kit you need to go the distance 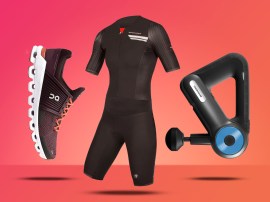 Design your own Ultimate Ears speaker with myBoom studio

Paint it black, red, white… and whatever else you want 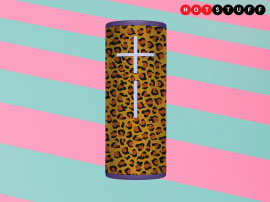