Yes, in case you hadn’t noticed, this week’s vidcast has a distinct A-Team flavour about it. Not watched it yet? Then take your eyes over to our video page before we set B.A. on you.

In the vidcast vote we’ve got two of the newest and most exciting camphones on planet earth – Samsung’s G800 with 3x optical zoom, and the newly announced Nokia N82, which boasts a 5MP snapper plus GPS and Wi-Fi to boot. But which is your favourite?

We’ve also got all the action from Tom, Mic and Ruth’s recent trip to rub shoulders with game show royalty, Stuart Hall, in a special one-off It’s A Knockout event to celebrate the launch of Mario & Sonic at the Olympic Games on Nintendo Wii.

For your chance to win our awesome prize courtesy of Computer Warehouse and Universal Playback just motor on over to our vidcast vote page and tell us which phone gives you that funny feeling in your special place.

Apple TV with Siri could be coming sooner than you thought

A new OLED has just been developed without glass, meaning cheaper plastic screens are incoming 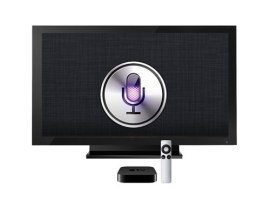 2008 has already begun its inexorable slide into cold weather, driving rain and tiresome Christmas planning. So, let us take you on a trip to the futu

Weekends, eh? Meaningless voids until we can launch ourselves wholeheartedly into the working week again. Fear not, dear workaholics, the new Stuff.tv