If we were handing out gold stars for innovation, Nikon would get ten of them for its Coolpix camera/pico projector mashup. When the S1000pj arrived last year, it was pretty exciting stuff. It was the first camera in the world to let us whack our snaps and homemade videos onto any flat surface at a size of up to 40-inches. And we quite liked the implications for sharing, namely because it meant avoiding narcissistically huddling around a tiny screen shouting “delete” or “keep”.

It certainly was a novelty, but has since failed to really take off. With its second attempt, the S1100pj, Nikon are hoping to attract a wider audience by bringing some new features to the table and improving the main attraction. So, it’s now brighter, cheaper and can act as a projector for your computer. But that’s not all – with a few other appealing new features under its belt you’d be silly not to check out our video preview.

Is it something you’d snap up? Tell us what you think in the comments below. 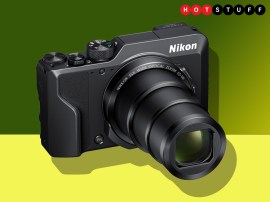 We take a look at the successor to Nikon’s projector cam – but can the new improvements give it mass appeal? 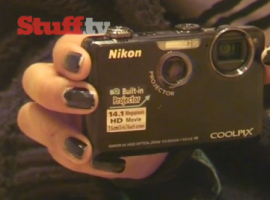 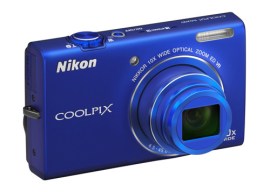