Our idea of Christmas planning is getting an extra round in before closing time on Christmas Eve but over in Newbury, Vodafone’s already testing the bulbs on its Yuletide line-up.Finding their way under the tree this year will be the black-suited threesome of the new 8GB N95, the Samsung SGH-F700V avec sliding keyboard and the Sony Ericsson W910i Walkman phone. Two new Blackberries, the Curve and Pearl, will also be ripe for a Christmas crumble.This season’s must have feature will be high-speed HSDPA, which luckily for us will be cropping up on 13 phones from the range.There’ll also be debuts for two new Vodafone-branded handsets: the 3G 720 clamshell has a PEBL-esque flat black keypad and a titanium silver finish, which hides a light-up outer display and a lowly 1.3MP camera. The pricier 3G 810 slider (pictured) gets a 2MP snapper, roomy 2.2in display and a metallic finish.And to top it all, they’ll each also get access to Vodafone’s new £2 a week MusicStation service with unlimited music downloads. Beats another pair of gaudy socks from your nan.EssentialsContact: VodafoneRelated stories:New Nokias take on the iPhoneSTUFF EXCLUSIVE: MusicStation to take on iTunesMake mine a music phone with MusicStation

Why Vodafone Curve is the present that could save Christmas 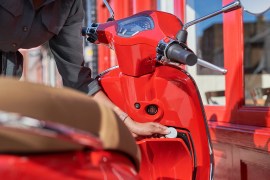 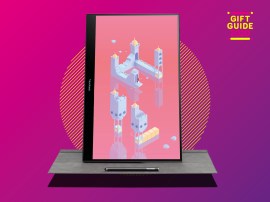 Promoted: 6 ways Vodafone’s Curve tracker could save you this Christmas 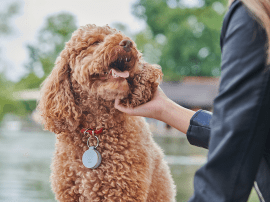