What’s this about Intel setting up an official board to officially hammer out what USB 3.0 is… Officially?Yes. It’s the USB 3.0 Promoter Group 5000! Since USB is used by dozens of tech companies, they all have to agree on a new standard. You can’t just chuck one out there.Yeah, but, what’s wrong with the one we have now?Shifting data around with USB 2.0 is fast, certainly faster than 1.0 and 1.1. But as computers, cameras, camcorders, mobile phones, games consoles, microscopes, vacuum cleaners and memory sticks juggle larger and larger files, 2.0 isn’t going to cut it for very long. Intel’s saying the new standard will be 10 times faster than 2.0 – shifting 4.8Gbit per second.…That’s a little over half a gig.Ugh! I’ll have to change all the USB holes on my PC, won’t I?No, you’ll probably have to buy a new PC. Or just a new motherboard, if you’re that way inclined. It’ll all be backward compatible though.My bank manager is going to kill me.Oh, don’t worry. It’s at least two years away. Probably even longer. The final specification won’t be laid out until ‘the first half of 2008′, according to Intel. But, you know, it’s best to get started as soon as, isn’t it.I suppose. In the meantime, I’m off to transfer my home-made, high-definition, six-hour feature film onto a PVR.You do that. I just hope you’re done before Christmas. 2012.EssentialsUSB 3.0Released: 2009/10Contact: USBRelated stories:USB 3.0 is announced 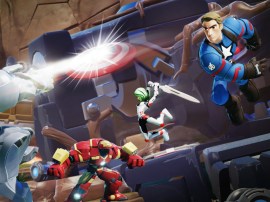 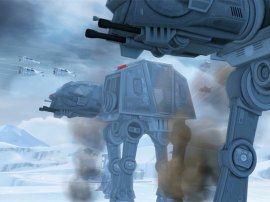 Star Wars joins the Avengers, Tron, and Pixar’s Inside Out in Disney Infinity 3.0 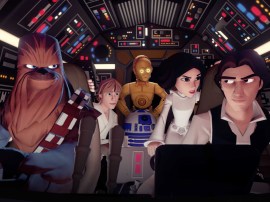