[intro]Boffins at MIT have come up with a way to wirelessly charge gadgets over a distance of 2m. And it could  spell the end for batteries, too.[/intro]

Woke up this morning to find the world of technology had taken another leap forward while I slept. Because scientists at the Massachusetts Institute of Technology have announced that they can power a 60W lightbulb from 2m away.

The breakthrough, reported yesterday in Science Express, works using ‘resonance’ – apparently you can transmit energy between two copper coils resonating at the same frequency. One coil is a power tranmitter, the other a receiver. You don’t need even need a line of sight – accoring to Professor Peter Fisher of MIT, “as long as a laptop is in a room equipped with a source of wireless power, it would charge automatically, without having to be plugged in. It would not even need a battery to operate inside such a room”.

Woah now – these guys have not only killed power cables but batteries too? Cover a city in WiTricity hotpots and your mobiles and laptops could be battery free, and therefore unbelievably light. And at home, your rear speakers would no longer need power. I can add this to my list of technologies that could change the world over the next ten years (right there next to flexible LCD screens and… oh right, that’s about as far as I got).

You, on the other hand, would always be charged. It’s easy to ignore the fact that the sicenitsts used energy inefficient 60W lightbulbs in their (it was a proof of concept, after all, and most gadgets need less than 60W), but it’s hard to believe there won’t be some health side-effects here. Just look at the ongoing debate about the effects of living next to power lines or even having a low-power Wi-Fi network running in your home. And what happens if you spill a glass of water in a WiTricity room?

There have been other wireless charging systems, of course: your electric toothbrush is likely charged through electronic induction, which has also been mooted as a way to charge all of your gadgets through a single pad. But WiTricity is clearly a huge leap forward. For a start, it has a cool name – and as any scientist will tell you, that’s how all great products start…

Avido’s WiBa wirelessly tops up your phone, wherever you are 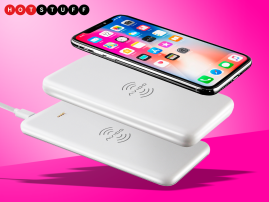 AuraVisor is a VR headset that cuts the cables

An on-board Android-based computer handles all the processing, leaving you tangle-free 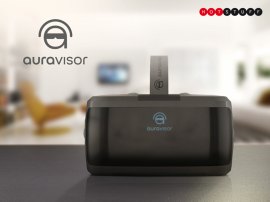 This twisty power tower charges your smartphone from 17 feet away 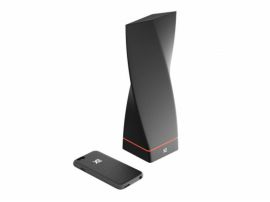