While the PlayStation 5 remains as sought after as a Tottenham Hotspur trophy and an overpriced holiday abroad, those who have been lucky enough to get their mitts on Sony’s latest console in the months since launch haven’t exactly been drowning in games that really push the new hardware.

Next up? A more familiar name. Going strong since the PS2 era, the Ratchet & Clank series is as synonymous with PlayStation as Donkey Kong is with Nintendo, and its debut on PS5 is exclusive to the new console.

What does that mean? Well, don’t expect a radical reinvention; Ratchet & Clank: Rift Apart is, like its predecessors, an exceptionally polished, kid-friendly adventure in which our titular intergalactic heroes (and a few new friends) dart between hostile planets armed with an ever-swelling arsenal of bonkers weaponry.

What sets Rift Apart, well, apart, is the PS5. The series has always been a technical showcase for the PlayStation of the moment, and by taking full advantage of the PS5’s vastly more powerful hardware and innovative DualSense pad, Ratchet & Clank’s latest romp might just be the most impressive next-gen game to date – even if it is in many ways as old-school as they come.

If you’re taking both mainline entries and the numerous spin-offs into account, the Ratchet & Clank series is comfortably into double figure territory. Fortunately, while longtime fans will no doubt appreciate things that new players miss, it really doesn’t matter if Rift Apart is your first or 12th Ratchet & Clank game.

You play (at least initially) as Ratchet, a Lombax (humanoid, cat-like creature) who together with his robot best pal Clank travels through the galaxy while thwarting the evil and not remotely under-the-radar Dr. Nefarious’ regularly emerging plans for world domination.

The game begins during a parade celebrating Ratchet & Clank’s aforementioned heroics, which is short lived as Dr. Nefarious and his goons turn up and steal the Dimensionator, a comically oversized handheld tool that can be used to open up portals to other dimensions. Nefarious wants it so he can find a dimension in which he always wins, which if we’re being honest is a dastardly scheme that we sort of see the appeal in. But unsurprisingly, messing with the delicate fabric of time and space isn’t a brilliant idea, and after tumbling through a number of dimensional rifts (none of which require any load-in thanks to the PS5’s SSD), Ratchet & Clank become separated.

If brand consistency wasn’t important, developer Insomniac should arguably have called its new game Ratchet & Clank…. & Rivet, as you’ll spend as much time playing as the latter. A female Lombax from another dimension making her first appearance in the series, Rivet – more prickly than the Lombax we know and love and all the more interesting for it – is committed to taking down her own reality’s Nefarious, but the trio soon find themselves working together to fix the Dimensionator and repair the universe. There is another new character or two in the game, but we’ll let you discover those for yourselves.

A Rift Apart’s breezy story has the energy of an old DreamWorks summer flick, with both heart and humour in spades. Some of the voices are exaggerated to the point of becoming grating, but the game is only ever a robot-issued wisecrack from winning you back on side.

The introduction of Rivet doesn’t alter the core gameplay loop of Ratchet & Clank: Rift Apart, which largely remains the same as it’s been since the early 2000s. You visit planets, shoot waves of robot and alien enemies and collect bolts to upgrade your weapons and gadgets with vendors.

This might become tedious if you were going into skirmishes with bog-standard shotguns and rifles, but Ratchet & Clank has always been about over-the-top weapons, and Rift Apart is no different. The best toys include the Large Negatron Collider, a giant laser beam that you charge before wiping out swathes of baddies at once; Mr Funghi, a deployable army of talking mushrooms that assist you in battle; and the all-new Topiary Sprinkler, which fires out miniature water cannons that can turn lumbering mechs into topiaries. You burn through ammo fast so changing weapons frequently is crucial, and the shooting feels so good that you’ll want to master every murderous gizmo at your disposal.

Most weapons in the game make use of the DualSense’s adaptive triggers, which could have felt gimmicky, but actually make total sense. If you’re using a throwable weapon such as the Shatterbomb, pulling the trigger halfway will display an aiming reticule, while pulling it the whole way releases the ammunition. The Burst Pistol, meanwhile, cycles between firing single and burst bullets depending on how far the trigger is pulled. The pad’s inbuilt speaker can often be heard chirping away too, which just adds that extra layer of charm, and each weapon features some kind of haptic feedback when fired.

You won’t be shooting all the time, though. There’s plenty of mostly linear platforming action in Rift Apart as well, some of it optional and reward-driven, with both Lombaxes gaining traversal tools like hover boots and a grappling hook that can pull them through rifts, as well as a dash ability that proves useful in both combat and platforming. You’ll ride various creatures in the game too, while high-speed wall-running and grinding sections – seemingly obligatory in all third-person action games these days – make for some of the games most exciting moments.

Clank is also playable in some levels, where the game shifts to a puzzler and tasks you with guiding what are effectively interdimensional Lemmings along a course to fix problems back in reality. It’s a nice change of pace, and a lot more fun than the colourful but slightly monotonous tank shooter minigames that also pop up occasionally for the sake of variety.

At one point the game even briefly turns to something approaching horror, recalling the terrifying random encounters in Alien Isolation. We’re not sure it totally works, but we credit Insomniac for never letting the gameplay get stale.

Ratchet & Clank: Rift Apart is at the same time an endlessly charming, family-friendly blockbuster and a mind-meltingly impressive showpiece for the PS5. It was built from the ground up for Sony’s next-gen beast, and it really shows.

From the moment you first enter the cyberpunkish Nefarious City at the beginning of the game it’s pretty clear that Rift Apart wouldn’t have been possible on the PS4. Spaceships fill the sky as far as you can see into the distance, while neon from the cityscape above shimmers in the ray-traced puddles. It really is stunning to behold.

Things get even more impressive when Ratchet and co. hop seamlessly between dimensions. Purple-coloured portals are all that separate entirely different gameworlds, which require no visible load-in thanks to the PS5’s SSD. You can be in a bustling sci-fi metropolis one moment, before suddenly finding yourself grinding rickety minecart rails on a Mad Max-like desert planet. In some levels you’ll have to zigzag between a planet as it appears in one dimension and it’s ruined equivalent in another, again with absolutely no loading.

On a half-decent 4K telly Rift Apart never looks less than beautiful, with each of the game’s various planets – a collection of new and returning levels – having its own distinctive theme and colour palette. Whether you’re exploring Blizar Prime’s dilapidated space stations as the screen fills with pink, blue and purple hues, or the jungle base of space pirates, it’s always a feast for the eyes, and as much attention has been given to the Lombaxes’ movements and facial animations.

We played the vast majority of the game in ‘Fidelity’ mode, the default setting, with ray-tracing, enhanced lighting, additional VFX and increased scene density, which locks itself at 30fps to maintain stability. Two 60fps modes will be enabled in a day one patch, which will make small sacrifices on the resolution and effects fronts for smoother gameplay. As is becoming tradition with PS5 exclusives, you’ll have to play around with all of them to find your preference, but the 30fps mode never felt remotely stodgy to us, and you really should see the game running at its graphical peak.

Rift Apart is also the latest PS5 title to make use of the console’s 3D spatial audio capabilities. We played a good chunk with headphones on, and while it isn’t as transformative here as it is in Returnal, it definitely adds something in the game’s most chaotic gunfights.

Ratchet & Clank: Rift Apart is the kind of game that PS5 owners crave more of. At its heart this is a comfortingly old-fashioned single-player adventure, but technically it’s a bit of a marvel, and at times – specifically after a particularly thrilling set piece featuring a mountain-sized robot – we wondered how games of this kind could actually look much better.

It feels just as good in the hands, too, giving you a host of wonderfully daft weapons to wreak havoc with, and the DualSense a proper workout.

Consistently fun and incredible to look at, Ratchet & Clank: Rift Apart is a must-have for your PS5 library

Packed with charm and screwball humour

Enemy types get a bit repetitive 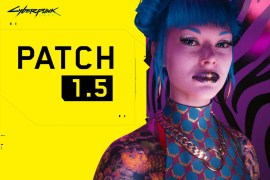