It’s very difficult not to fall in love with the BlackBerry 8800 on its physical properties alone. After the launch of the style-oriented (i.e. for ladies) Pearl last year, BlackBerry has applied a lick of paint to its dorky looking business handset, the 8700, and shaved off excess girth – at 14mm, it’s the thinnest BlackBerry yet.

But no one expected satellite navigation to be added to the mix. Not to mention the fact that it now does music and video (albeit without a camera), it’s even thinner than the 8700 and somehow manages to come out the end of all that with a far better battery life of up to 22 days claimed standby time.

It takes about two to three minutes to pick up a sat-nav signal, and you need to be outside and preferably not among high buildings. We found that a narrow street between two four-storey office blocks was enough to prevent the 8800 picking up a signal.

But if you’ve got two minutes to walk around waving it at the sky, it works perfectly – and even pinpointed our location relatively quickly while winging our way to the wilds of South West London by train. This is designed as a handheld device however – so it lacks the 3D views that drivers have come to expect.

But GPS ability plus BlackBerry functionality equals some cool tricks. You can email maps to your friends showing your exact location – a function you will almost certainly use at least once.

Perhaps slightly more practical is the chance to click on physical addresses in your address book, then get directions there instantly from the mapping functions, although the fact that you can’t search by postcode means that some results can be frustratingly inconclusive.

Outside of the sat-nav, this is very much a BlackBerry – the email is blissfully easy to use, reliable and instinctive, and supports Microsoft Exchange as well as up to 10 POP or IMAP4 accounts.

The QWERTY, although a touch smaller than previous ‘business’ BlackBerries, has little lumps on the keys so it’s just as easy to use.

And while purists might grouse, you’ll have the hang of the new trackball in about ten minutes – and within a couple of days you’ll have forgotten all about that old clickwheel.

This is also, sadly, very much a BlackBerry in that the entertainment functions aren’t exactly state-of-the-art – the MP3 player in particular is fiddly to operate, insisting on storing tracks in folders and lacking on-screen controls. And while the media player delivers MPEG-4 and WMV files on a crisp, clear display, it still says a big ‘no thanks’ to Flash.

And why, oh why no super-3G or Wi-Fi? Next to a sat-nav, HSDPA entertainment powerhouse such as the N95, this feels a bit lacking funwise – but when it comes to crunching out emails, this is a star performer, and destined to adorn thousands of suit pockets.

Superb looks, a star performer with email and sat-nav, but lack of Wi-Fi and super-3G and the hottest multimedia functions keep it from being state-of-the-art. Still, for straight-up emailing and calls, this is – ahem – the business 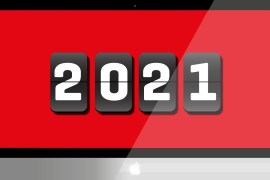