Sphero’s R2-D2 follows (or perhaps trundles) in BB–8’s footsteps, giving you a dinky, app-controlled take on the true hero of the Star Wars saga, who never gets the credit he deserves.

Sure, Luke had a hand in duffing up the Empire, but who got the Death Star schematics where they needed to go? Who takes a laser from Vader’s TIE Fighter, to keep Luke’s X-wing on track? Who helps the Falcon escape in Empire Strikes Back? Not farm boy, that’s for sure.

And now here’s an Artoo you can use for equally important missions, like scaring the cat, and distracting you from important deadlines.

But is the Force strong in this one? Let’s find out…

Out of the box, Artoo looks the part. This isn’t a display piece – the unit is plasticky, and nothing to concern anyone hawking sculptures at Forbidden Planet. But it’s solid and has an authentic sculpt.

The unit’s size feels good, too – imagine a large potato with legs, if that doesn’t send you screaming from the kitchen. Too much smaller and you’re in Christmas cracker territory; but if anything, I was happier Artoo isn’t an unwieldy dustbin.

He’s a bit more rugged than he looks too. Despite initial concerns about durability, he was fine after several tumbles from a table at Stuff HQ. That did mark the end of his table-based adventures though, with the floor proving a more sensible starting point for L-plate drivers.

Setting up Artoo is easy. Fire up the ‘Droids by Sphero’ app on your smartphone, tap R2-D2 (assuming he’s charged), and you’re good to go. The first time I did this, the entire process, including the app finding Artoo, took under a minute. Subsequent connections took just a few seconds.

A strip of icons then provides fast access to modes – Droid Control; Patrol; Draw and Drive; Watch With Me; AR – and settings. Top tip: lowering the max drive speed is a good idea, if you’re short on space.

The app’s design warrants a mention, too. It could have been a bare-bones workmanlike affair, but instead has pleasingly Star Wars lo-fi tech visuals, electronic background murmurs, and sporadic snippets of soundtrack. Scroll down to see it in action.

There are two distinct remote control options. Droid Control has a virtual stick alongside icons for triggering canned performances. Draw and Drive has you scribble a path on the screen.

You’d perhaps presume the latter mode is more suited to touchscreens, but I found it twitchy. Even shortish lines with the grid zoomed in sent Artoo speeding across large distances. By contrast, Droid Control is nuanced – if very much in traditional ‘remote control toy’ territory.

But traditional isn’t a bad thing. The stick’s responsive, Artoo doing the Droid equivalent of a handbrake turn when it’s wrenched in the opposite direction. And the performances offer superb movement and audio that comes straight from the movies.

Plus if Artoo misbehaves too often, you can zap the little sod and have him shriek and faceplant.

Patrol mode: He’s as clumsy as he is stupid!

The other modes are more variable, and Patrol is the most disappointing. In theory, this mode is about autonomy, allowing Artoo to go about his business, exploring his surroundings. But as obedient as Artoo is when you’re in direct control, he’s in ‘bag of hammers’ territory when it comes to intelligence.

During testing, he blundered about, smacking into boxes, his little treads whirring with all his might, despite the very obvious fact he was going nowhere. He’d then burble a bit, before zooming off in another seemingly random direction. The app needs a ‘go home, Artoo, you’re drunk’ button.

AR: I have a bad feeling about this!

Of the other modes, AR feels like an afterthought, as you explore a vector graphics Millennium Falcon. You move your phone around to adjust the viewpoint, and use a stick to move. All the while, Artoo remains rooted, facing in the appropriate direction. But it feels half-baked – like a brief distraction you’d find in the free Star Wars app already on app stores.

Watching a Star Wars movie with Artoo is more fun. Amusingly, the prequels are not yet compatible (possibly to save Droids from their sheer awfulness), but I plonked Artoo in front of the original Star Wars (no, I’m not calling it A New Hope) to see what would happen.

He burbled displeasure when C3PO naffed off in the desert, and got all excited when Luke later appeared (apparently, he’s seen the movie before). But the interaction wasn’t always convincing: Artoo remained silent when his on-screen counterpart was blasted by Jawas – although perhaps he was frozen in fear.

Verdict: I find your lack of faith disturbing

I’m someone who likes Star Wars. I’ve watched all the films, collected the figures as a kid, and have a Lego AT-ST glaring at me from an office shelf. But I don’t love it. And I feel the same about Sphero’s R2-D2.

The authenticity is admirable, as is the option for programming the unit by way of Sphero Edu and Swift Playgrounds. But the lack of autonomy is a shame, not least when compared to Cozmo, which felt more like a living thing than a mere remote control toy.

There’s a nagging feeling that Artoo’s novelty factor could be short-lived for all but big Star Wars fans, leaving the droid gathering dust on a shelf. However – and this is a big ‘however’ – this is a smartly designed gadget, clearly made with love and care, and with a reasonable amount of variation regarding what it can do.

So take this review as a guarded recommendation: for Star Wars nuts, you’re onto a winner; for everyone else, exercise a little caution before splashing out close to 200 quid.

A fun, authentic remote control take on R2-D2 that’s as thick as a brick. Knock off a star if you’re not a big Star Wars fan though

Simple to set-up and use

On the pricey side 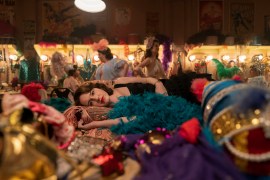 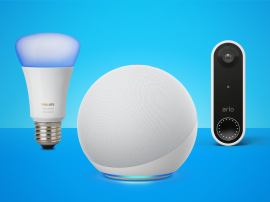